When Luke in Year 5 completed a brilliant persuasive letter as a piece of homework, Miss Kropman felt that she could not ignore his request of a music concert to demonstrate the vast amount of talent in KS2 and, hence, this afternoon's showcase was realised! Children from Years 4, 5 and 6 performed on the piano, violin, drums, flute, French horn, trumpet and clarinet to rapturous applause from their classmates and families in a musical extravaganza. All of the performers had passed an audition with the Pupil Parliament in order to be chosen for the concert, and displayed great confidence and musicality as they performed complex pieces. Well done to all of the children for an awesome display which I know inspired many others across the school to want to learn a new instrument in September!

On Wednesday 6th July, our choir and orchestra members took to the stage in a massed concert featuring musicians from five different local primary school. Joining Cranbourne, Little Heath, Pope Paul and The Wroxham, we performed many different pieces and songs together all based around the theme of 'Flight'. POTSMA was first set up in 2018 by Miss Kropman and this was the first concert that we were able to hold since before Covid.

The concert took place at The Wyllyotts theatre in Potters Bar and was completely sold out, with every single seat in the arena being filled and many people still pleading for tickets at the box office! The orchestra took centre stage first, with Year 6's very own Filip being the leader (Violin 1). They performed Fledermaus by Strauss and Dambusters by Eric Coates. Following this, the choir took over, with hits such as Chitty, Chitty, Bang, Bang, Catch A Falling Star and Reach taking the audience by storm! Solos were sung beautifully by Maya, Tegan EK , Emmie and Agnes in Year 6 and Tegan B and Gloria in Year 5, whist Owen and Chloe in Year 4 narrated spectacularly, ably assisted by Olivia and Georgia.

Throughout the concert, children from our school were absolutely incredible role models for Brookmans Park and music across the district. Miss Kropman was almost bursting with pride and has received so many positive comments about our performance. Well done, everyone; you were absolute superstars! 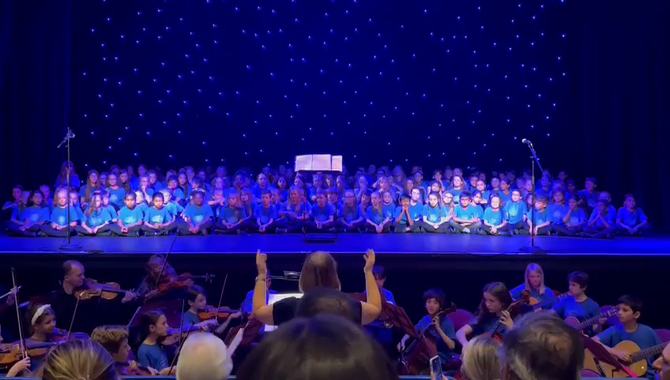 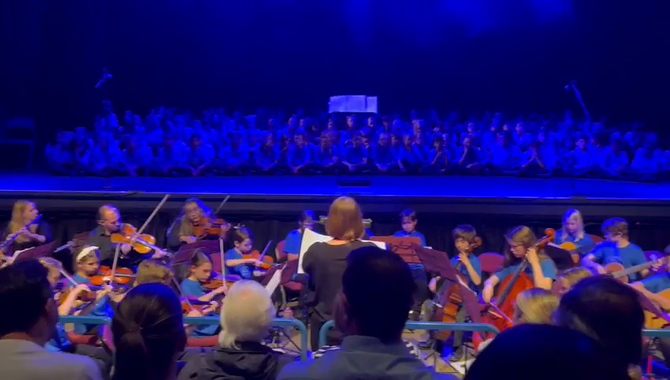 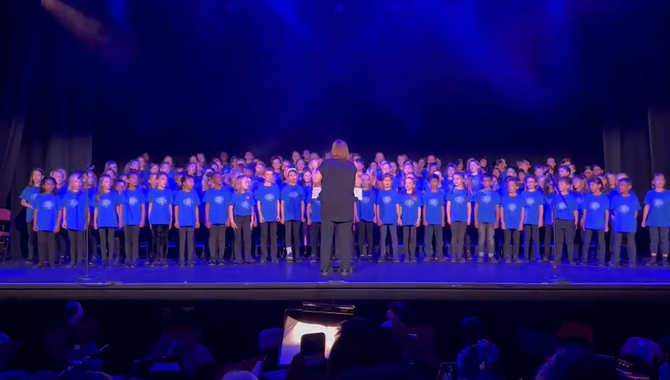 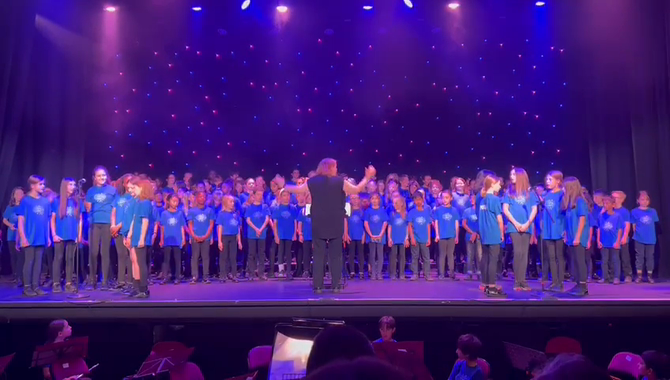 A group of very talented girls took to the football field this morning in an invitational tournament hosted by Watford FC Community Trust. Held on a magnificent astroturf pitch in Watford, the tournament featured some of the strongest schools from both Hertfordshire and North London, and the girls faced challenging opposition from the outset.

Leading by example, captain Hannah scored a magnificent winner against Parkside in our opening match, whilst fine defending from Josie and Olivia ensured goalkeeper Emily remained fairly untroubled apart from having to make one excellent save. Narrow defeats were suffered to Alban Wood (Watford) and St Teresa's (Harrow) throughout the course of the morning, whilst the highlight was certainly our 3-0 win against Hobletts (Hemel Hempstead) thanks to great finishes from Emily and Hannah and the goal of the tournament from Ellie following a mazy run from defence where she beat three players before unleashing a wonder strike from the edge of the box that left the 'keeper rather stunned! Our final 'league' game was a 2-0 victory over local rivals Cranbourne with Ellie once again finding the scoresheet and Savannah adding a well-laced second.

Despite sadly losing the 3rd/4th place playoff to Radlett Prep, our girls should be so proud of themselves for playing brilliantly throughout the morning. Special mentions need to go to our sole Year 3 member of the team, Emma, who was fantastic in both defence and in goal and to Dotty, who was playing her first ever football matches and was an absolute menace for the opposition defenders to stop! Well done, girls. Miss Kropman could not be more excited for the future of Brookmans Park girls football!

We have had a busy, inspiring, creative and reflective term in Years 3 and 4.  The children have played hard and worked hard.  I hope these pictures give you a flavour of what we have all been up to.  Ending the term, with our trip to Bhaktivedanta Manor felt special.  The message we all took from the Hindu Teachers was to ultimately respect one another, afford kindness to one another and to cherish all life forms, whether human, animal or plant.  A poignant message in our current times.  One I think the children took to heart. Here's looking forward to a fun-packed summer!

We're very proud of our puppets that we made in Design Technology. We programmed them to move with spheros!

A visit to a secondary school in Welwyn Garden City for some fun sports activities led by the secondary pupils!

New Play Equipment: What can we say? The pictures say it best.

Ruth Craig, our visiting author brought her very cute pug along! We all enjoyed dressing up and writing lovely poems about animals. They are in a class book on display in the library. Please read them.

Another week another dog! For mental health week we learned that animals can be therapeutic. This is Mrs Thomas's lovely dog that she brought to school.

We all enjoyed reading our class story in Onyx so much (Varjak Paw), that during Science we made our electrical circuits into Varjak's eyes!

Bhaktivedanta Manor: Hope these give you all a flavour of the day!

Last but not least, the premier trophy came to visit!

Look at our cartouches!   They ward off evil.  We all need that!  Hope you enjoy these.  We certainly enjoyed making them.

A warm welcome to the Autumn Term to Years 3 and 4.  We have enjoyed meeting all of our children and getting to know one another.

In Onyx, we had a fun Literacy lesson last week, trying to internalise a fable.  Enjoy looking at these photos to see the children having a go!

In Science we looked at digestion this week.  We learnt a lot of new words!  I wonder if your children can remember any.  We used tights (which in itself made the children giggle) and an apple to model how food has to squeezed in the process of digestion before it exits the body as waste.